It's supposed to be the most wonderful time of the year, but for many, the holiday season brings with it unwarranted stress.

"The societal pressure to celebrate is really in your face at this time of year," Lifeline spokesperson Ina Mullins told 10 daily.

"Everywhere you look there are photos of people celebrating and having a great time and if you're already struggling it can be really difficult."

While Mullins said the organisation isn't expecting a spike in phone calls on Christmas Day, she said they usually experience a surge in the days following as that's when people begin to wind down.

"We generally find the spike doesn’t happen until after Christmas," she said.

"We think that’s because everyone’s routine changes in the lead-up to Christmas and then post-Christmas the isolation creeps in." 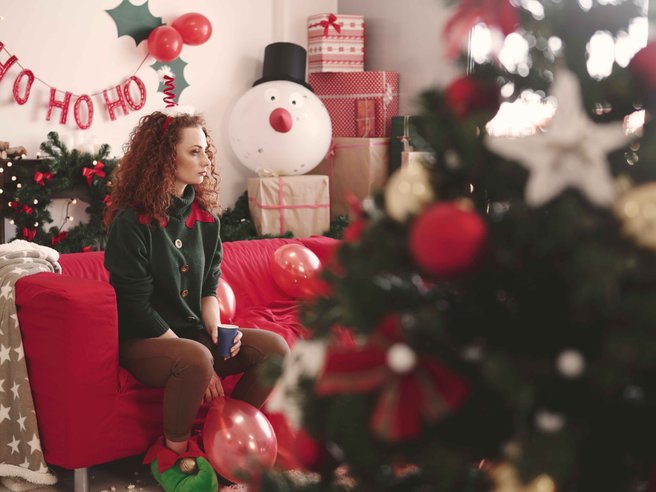 The Stress Of The Season

For 35-year-old Jessica Stephens* Christmas brings with it a whole new world of worry.

"I don't get on with my family, but I always feel obliged to spend Christmas Day with them even though it always turns into a big fight," she told 10 daily.

"Plus I always try and help out with the cooking -- which stresses me out -- but I don't want to let my mum down."

Owner and principal psychologist at The TARA Clinic (Therapeutic Addiction Recovery Assistance), Tara Hurster, said Jessica's situation is incredibly common. "The way I see it is we all have the right to choose who we spend time with and who we don’t, irrespective of if they are family or not," she told 10 daily. "Just as we provide consent for sex, I believe we can provide consent for interactions with family members."

Hurster advises that we take time to "understand the underlying reason" for the conflict. "You might end up finding it was something from seven years ago that isn’t actually important anymore and give yourself permission to move on."

If you've done that and you're still salty with them, then Hurster has this tip:  "Work out what you feel is an appropriate minimum time to stay at the event and excuse yourself at that time. In these cases, little white lies are perfectly acceptable such as “I have an early start tomorrow” and then take yourself for a sunrise stroll." 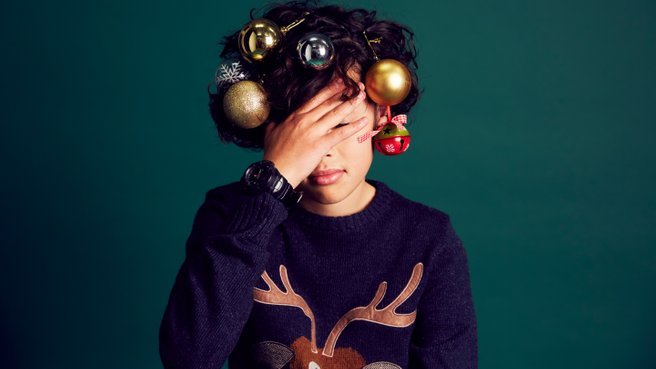 Just Be Careful How You Cope

Jessica revealed that while the fights usually start because "everyone is just so drunk by the end of the day," she doesn't feel comfortable "judging" because she usually finds herself  "drinking more than I usually would just to cope".

It's a common theme, according to Hurster, who said that her rule of thumb before reaching for a drink is to look at the intention behind it. "If you're using alcohol to reduce anxiety, numb feelings, have a cup of courage or simply fit in then I would question it," she said. 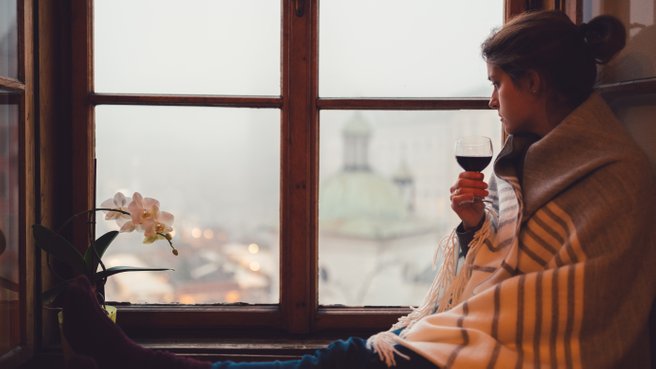 But Hurster said that if the intention behind that glass of bubbles is more of a social thing, then she advises we "simply set ourselves a limit that you feel comfortable with."

When The Loneliness Sets In

While some are tasked with the battle of trying to avoid some gatherings, others can be desperate for the companionship.

Lifeline's Ina Mullins said that we have a duty as a community to ensure that we look out for those around us who we know might be struggling over Christmas.

"Try and make an effort to include these people in your celebrations," she said. "On a personal level, if someone knows they're in for a difficult Christmas then it's important they plan ahead," she said. "There’s a lot of local community groups that have local gatherings. Look up the local council website -- and see if there’s something you’d like to attend."

Mullins also encourages us to "think about ourselves on Christmas Day" and to "do things that make you happy".

"Put some treats in your home or get up and go for an ocean swim -- do things you love," she said.

"By the end of December I'm literally so exhausted that I feel like I need a holiday," said Jessica. "I'm mentally and emotionally worn out".

Hurster said that being polite and respectful doesn’t mean we have to say yes all the time. "By setting boundaries and saying no we clearly communicate to others what our limits are and also subconsciously give them permission to do the same," she said.

"No is a legitimate answer"

To go help combat those pangs of guilt we might feel when we say 'no' to a social gathering or task, Hurster has these tips:

• Thank the person for the invitation -- that way you're acknowledging the effort and gesture they have made.
• Clearly say that you will not be attending -- when we beat around the bush it tends to bring up hostile feelings in the other person.
• Offer another alternative -- if you're busy or simply want a night to yourself, you could offer a catch up over a juice one afternoon or suggest a different event. That way you get to spend time with the person more on your terms.

Reach Out If You're Struggling

Ain't no shame in needing a little extra emotional support during the festive season -- or any time for that matter. Given it's a time filled with heightened emotions, we're all likely to feel overwhelmed at some point.

Ina Mullins advises that it's not only important that those feeling the stress seek help, but that we also look out for each other.

"Christmas is also the time to keep an eye out for loved ones who may be struggling," she said.

"We’ve got 250 volunteers who will be working on Christmas Day. People call us for all sorts of reasons it could be that they’ve experienced grief or a relationship breakdown -- there’s a range of different reasons, it’s right across the spectrum. What  we want people to know is that if they want to talk to someone we are here."