Is It Just Me, or Has 'Self-Help' Become a Dirty Word? 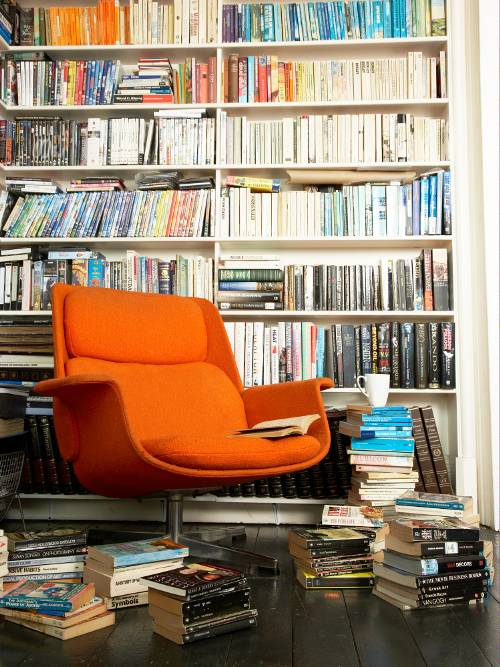 I’ve got a confession to make: There are only a few things I love more than a good self-help book. Whether it’s in the form of a memoir, a study guide, or a thinly-veiled novel that mirrors someone’s real life story, I’m all in. In fact, you’ve probably never met a bigger fan of Brené  Brown than me—not that it’s a competition or anything. But as of late, when I’ve been talking about my latest podcast binge session (Hidden Brain in case you were wondering), or, about my new fascination with epigenetics and how it shapes personality, it’s been met with lots of (harmless) criticism. “Not another one of those books” an acquaintance once remarked, or “you know how many frauds there are out there?” Will say another. And to be fair, they’re not entirely wrong.

While there are plenty of experienced and qualified mental health practitioners and researchers out there who have dedicated their lives to understand how the brain works, there are also many folk psychologists of sorts that preach invalidated, three-step guides to getting rich, or getting happy, which can have detrimental effects to those that don’t critically analyse content and can prove disorientating for those who are extremely vulnerable.

While it can be hard to track down the exact statistics for Australia, according to a Business Insiderarticle published in 2014, in the US, the self-help industry makes up around 12 billion US dollars per year, and those who consume self-help books are repeat buyers. We can’t get enough. And though there’s no denying that the pursuit of happiness is mostly an honourable one, some psychology experts are worried that the relentless pursuit for betterment isn’t always healthy.

In fact, Danish psychology professor, Svend Brinkmann has  been a leader of sorts for the anti-self-help movement, arguing that that this false economy of positivity at all times breeds repression of the very real, and very normal painful emotions that come with life. Brinkmann spoke with the ABC: "We are only allowed to be positive, we are only allowed to be happy and anything that threatens these states of mind is considered wrong." Also stating that "It is the individual who is to blame for what happens even when the cause of the problem is social or structural or organisational." Brinkmann further predicts that the fast nature of change and growth means that as humans, we are unable to stay still at any moment and simply accept where we are. The man’s got a point.

As someone who has long-loved the power of self-improvement and advocates for always checking in on your mental health, now more then ever, it got me thinking about the intersectionality of when self-help is actually safe and beneficial. Below, I talk to Lysnpsychologist, Breanna Jayne Sada about self-help in its larger context and how to draw a line when needed.

Sada defines self-help “as a form of personal therapy that improves your emotional and physical well-being through self-guided techniques that aim to improve certain aspects of an individual’s life.” Sada also maintains that in serious cases, it should not replace professional help. And I agree. On reflection, my journey with self-help started after seeing a psychologist for the first time at 17—we’re like best pals, and I always check in every now and then to realign and catch-up on how my goals are going. After years of hard work, as you can guess, we’ve covered a lot of ground, and I always feel calm and centred after a visit.

When asked about why self-help has really taken off, Sada explains that technology and growth in exposure to content plays a significant role in the growth of the industry. “Modern culture that has seen the likes of the book The Secret gain popularity, also bolstered by celebrity powerhouses such as Oprah. It doesn’t seem like too long ago when self-help was considered a cringe-worthy topic. However, our reaction over time has evolved and it’s more like a new-age spirituality. We also owe some of the popularity to millennials. In 2016, Forbes reported that 94 percent of 18-33 year olds had committed to making personal improvements, compared with 84 percent of baby boomers and 81 percent of gen Xers.”

When it comes to finding balance between always striving for “your best self” while also learning to be content with just where you are (which is liberating in itself) Sada makes some poignant arguments about balancing the two. Firstly, it’s one thing to want something in your life to be better; but instead of dwelling on it, it’s worth setting small, actionable goals to get there. “Some people constantly focus on all the things they wish were different in themselves or in their life and wish they were better. Once you have made a conscious decision that you would like to take some action towards improving these things instead of just dwelling on them, your next step is to start setting attainable goals around what areas you hope to improve. It might be physical health goals, motivation based, personality based or mental health based. Once realistic goals are set, you can start exploring books, podcasts, websites and apps that will guide you and your actions.”

Sada continues, “The one thing you will notice about self-help platforms is the language and internal dialogue that they try to create in you. Motivation affirmations, being kind to yourself and removing negative thinking from your self-talk will be common themes. Instead of replacing negative self-talk with positive self-talk, you want it to replace it with realistic motivation thoughts and self-dialogue. Meaning you don’t need to display cheerleader positivity all the time. You just need to be realistic and honest.”

And if you’re currently saving your pennies, there are many ways to invest into self-care without spending a dime.  “There are things you can do for self-help separate to purchasing or investing in others work for example goal setting, in particular writing them down." Sada explains, “Writing down how you feel is so powerful, and can sometimes turn a fleeting thought into a concrete goal. This way you can be strategic about taking the steps towards achieving everything you want.”

“Consider applying what motivational speaker and author of Chicken Soup for the Soul, Jack Canfield, calls ‘rule of five’. He suggests picking one of your goals that you’d like to achieve and do five things each day that are working towards it. These five things don’t need to be huge—they can be a phone call, an email or running a small errand. The power of numbers suggests that if you’re doing all these things each day, you will eventually achieve what you set out to do. Also consider creating a mood board, which allows you to set your sight on what you're trying to attain.”