Exercise addiction is a thing and it's slowly killing Australians 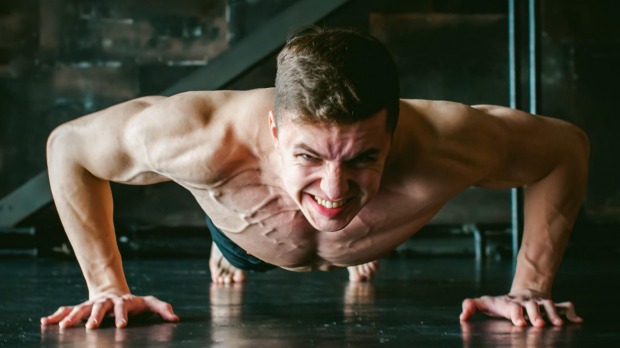 When Lizzy Williamson got a job as a professional dancer on a major cruise ship, her delight soon dimmed.

She was one of a handful of "not very large" dancers instructed, in front of the others, to lose weight before the ship sailed. It led to what Williamson, from Sydney's northern beaches, describes as an "obsession."

"I'd sleep through breakfast so I didn't eat, then hit the treadmill for two hours. Every time I ate (things such as popcorn - I skipped meals), I'd be back on that treadmill slamming myself as punishment" she says. "Looking back at photos, the fat on my body wasn't there - but if I couldn't get to a gym, I'd feel irritable and anxious." 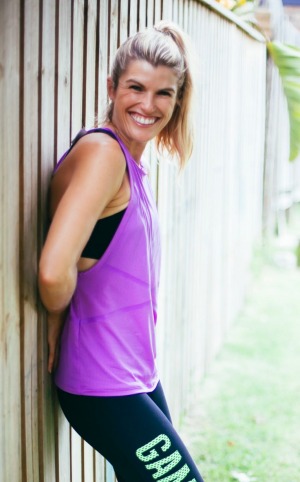 Lizzy was suffering from a largely hidden scourge which could be impacting the lives of thousands of Australians because they fail to see anything wrong with the excessive behaviour: exercise addiction.

Psychologist Katie Kokolas says that she and colleagues on Lysn, an online mental health platform, have seen cases of exercise addiction. She defines it as both a dependence and compulsion: "It's more than being committed or feeling guilty if you didn't have a session – it's an intensity that impacts your life."

Denial is a big factor.

"Exercise is so important for mental and physical health, they think they're doing something really positive" Kokolas says. "It's great to channel stresses into exercise but we might channel one addiction into another." She adds that 15 per cent of exercise addicts had an addiction to drugs, smoking or alcohol.

With the rise of CrossFit, F45 and Orange Theory a narrative of "go hard or go home" has taken hold.

The most difficult part is the perception shift: "With alcoholism, the addicts know it's unhealthy. Exercise addiction can be related to narcissism and perfectionism so we often have to address those issues first."

Is it such a bad thing?

With spiralling obesity, it may be difficult to see over-exercising as a real problem. But Lizzy Williamson's case highlights the consequences.

"I ceased to menstruate. I was completely fixated even though I was exhausted. I lacked motivation to do anything else in my career or to see friends. I often fainted.

"[Today], my knees are really weak from overuse. I had to restore the arches of my feet from all the treadmill pounding." 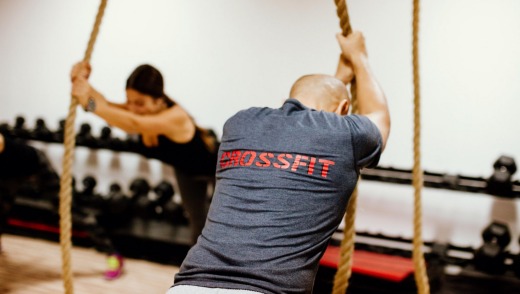 Crossfit's reputation for extreme exercise has attracted people who swap one addiction for another. Photo: Alamy

One ironic side-effect is that it could cause you to gain weight with the excessive cortisol leading to retention of body fat.

The types of exercise addiction

Little attention has focused on the very real problem of dangerously over-exercising. Williamson was suffering from anorexia athletica – exercise addiction combined with an eating disorder.

This is different, Kokolas says, from primary exercise addiction, which stems from two related causes: dependence on it as a coping strategy, or being hooked to the endorphin rush.

"Often it's an avoidance of something unpleasant – getting your mind away from something such as a break up. People can become dependent on the dopamine hit."

"In men, it's a primary thing; the endorphins become a coping mechanism... I see many using it to deal with marriage break ups, which is great – until the negative effects of addiction kick in. For women, it's secondary to their body image."

This observation rings true for Mick Owar, 34, a web marketer from Melbourne.

One extreme to the next

The "wake up call" happened when he had to unbuckle his size 40 jeans to untie his shoe-laces. Before long, a gym habit became a compulsion; now he does fasted cardio (such as HIIT) six days a week on top of heavy weight lifting a minimum of four days a week.

It was, he says, escapism: "The gym was my pick-me-up and savior. My toxic relationship was breaking down. I lost the plot. A friend said, why don't you come to the gym with me? Suddenly I want to become a bodybuilder."

How prevalent is it?

In 2017 there was a 7.5 per cent growth rate in the gym and fitness sector in Australia; mostly bolstered by the rise of 24 hour gyms. This could be exacerbating the problem: people can work out in secret, and at times when they should be resting.

But little research has been done into the Australian prevalence. A Psychology Today study estimates that three per cent of Britons are exercise addicts; a US study estimates three-to-five per cent of their population is addicted. But with Australia's outdoor and gym-loving lifestyle, that figure could be larger - or hidden in between the stats of other related addictions.

How to spot the problem

The factors to look out for, Kokolas says, include anxiety if not going to gym and ignoring body giving you signs to rest - you persevere even when sick or injured

Exercise physiologist Naomi Ferstera adds exercising in secret and reduced socialising because it impacts their regime.

Kokolas stresses the importance of addressing the underlying issues leading to the addiction, as with any addiction.

But exercise physiologist Naomi Ferstera has the following suggestions: