Turns Out Being Married Could Be Bad For Your Health

If you're fighting a lot, beware.

According to The Guardian, the researchers followed 373 heterosexual couples for the first 16 years of their marriage and found that  a bad marriage with frequent conflicts could actually be a serious downer when it comes to your health.

The study found that marital conflict negatively affected health (and interestingly there was a greater impact of conflict on men than women). Couples who agreed with each other more experienced health benefits early on in their relationships -- though this protective effect wore off in the later years of marriage. 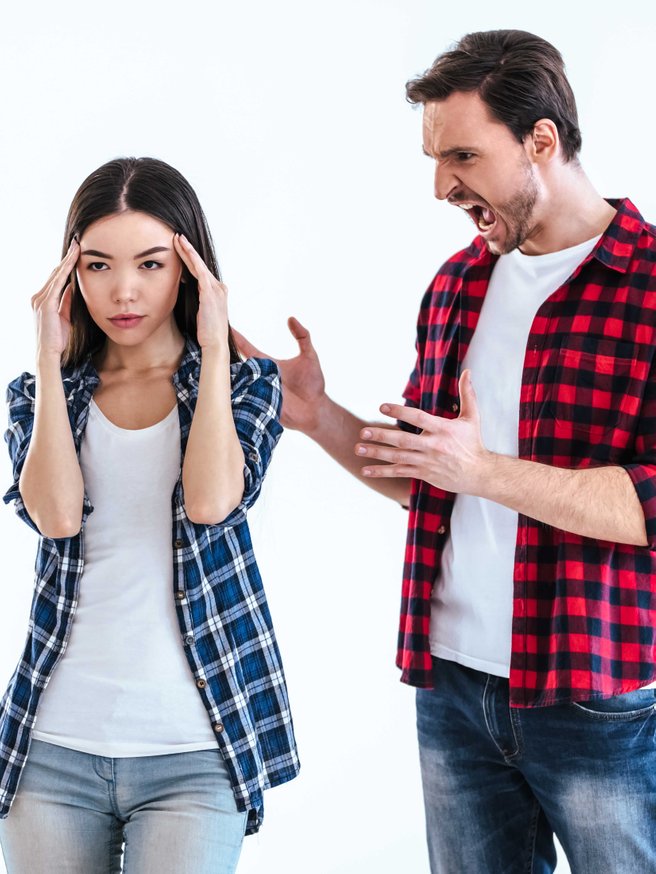 This all goes against evidence that married people tend to live longer, healthier lives than those who are divorced, widowed or -- gasp -- never married.  In fact, the results of this new study kind of suggests that marriage isn't always a good thing at all when it comes to health and wellbeing.  If there is a lot of fighting between you, then it seems you're definitely  going to suffer.

“Experiencing a great deal of conflict in a relationship is very damaging to health, as are negative health behaviours like smoking and drinking,” said researcher Rosie Shrout.

“Conflict can be particularly damaging for health if spouses are hostile or defensive during disagreements or if they are arguing about the same topic over and over again without any resolution,” she added.

And that's not the end of it. In another study, researchers found that women with high levels of conflict in their relationships tend to have similarly high blood sugar levels, high blood pressure and high rates of obesity. There has even been research that suggests that hostile relationships can slow wound healing.

Lysn psychologist Breanna Jayne Sada told ten daily, "Staying in an unhealthy relationship will have an impact on a person’s physical health and it’s all related to the stress it puts on your body."

Unhealthy relationships that are bound with things like disagreements, insecurity, control issues, selfishness and conflict, will naturally effect a person’s health by increasing their stress levels and anxiety, which in turn reduces the immune system."

"This can make a person susceptible to physical illness including heart disease, respiratory disorders and gastrointestinal conditions. Unfortunately, with unhealthy long-term relationships, these problems can also be left untreated and overtime conditions can worsen."

Of course one or two blow ups on their own isn't the issue here -- so that fight over the TV last night isn't the problem.  But if you're constantly fighting, it could be time to work out how to move forward.

To fix a marriage that has more health-affecting stresses? According to Breanna, there are a few things you should do.

"Take some time to monitor your relationship and work out what the triggers are before rushing in to fix it. Is it something external to the relationship that is magnifying an internal issue -- like work stress -- or do you both need to take responsibility for things not going well. Once you know what is wrong you can work out if it is something that can be fixed and how.

"Spend some quality time talking with your partner about the issues that you think are causing problems in your relationship, and make it clear that you’d like to work together to try and resolve them. Try to do this when you’re both calm and not in the midst of a disagreement.

"And lastly, open the lines of communication and make a list of what the issues are and ways that you might be able to resolve them. Often we aren’t even aware of reasons behind some upsets and talking about it openly can certainly help to clear the air."

It seems that while marriage has been shown to provide some health benefits (one recent survey said it actually helped lessen the risk of dementia, for example, it's not so simple to just assume these days that being married is good for you.

“It’s not the act of walking down the aisle or signing a marriage licence that is beneficial for health – it’s what spouses do for each other throughout the marriage,” Shrout told The Guardian.

Seems like a good reason to sit on the couch solo and watch Netflix in your undies to us.