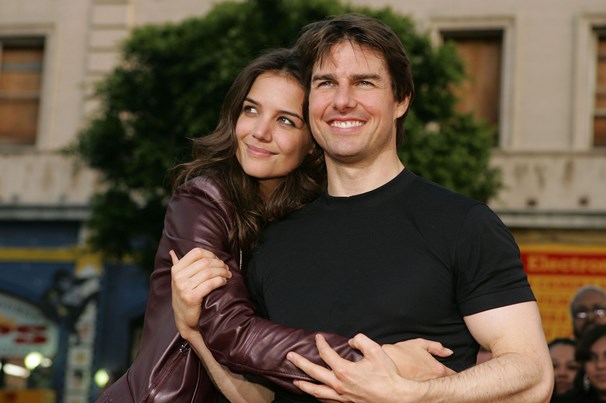 There’s no doubt that some PDA is TMI, but a new study has found that the amount of affection you show in the early years could foreshadow the fate of your relationship.

Researchers followed 168 couples over a 13 year period and found that couples who are overly-affectionate from the start of the relationship are more likely to divorce.

“As newlyweds, the couples who divorced after seven or more years were almost giddily affectionate, displaying about one-third more affection than did spouses who were later happily married,” the authors wrote.

The study – published in the Journal of Personality and Social Psychology – found that differences in the intensity of newlyweds’ romance over the time period were key in predicting a long-lasting union. Beginning with over-the-top emotions can result in disillusionment down the track, ultimately leading to divorce.

“An abatement of love, a decline in overt affection, a lessening of the conviction that one's spouse is responsive, and an increase in ambivalence distinguishes couples headed for divorce from those who establish a stable marital bond.”

Lysn psychologist Breanna Jayne Sada told Women's Health that affection becomes a problem when it is the only connection, or the predominant source of connection, in a relationship.

"While physical attraction, lust and infatuation might be the initial cocktail that sparks a relationship or interest in someone it does not make for a love potion of the enduring kind," Breanna says. "Problems arise in a relationship where time is only spent on the physical nature of the relationship and not spent on building other equally important qualities like strengthening common interests, shared values and morals, couple goal setting and having fun together."

When the "honeymoon period" inevitably ends, affection and physical intimacy is generally reduced. Breanna says that if this is the sole basis of the relationship then it's no surprise that it's doomed.

"Overt affection can also relate to the individuals feeling the need to overcompensate for something lacking – perhaps the relationship isn’t going the way they want and it can be almost a subconscious way of trying to prove that everything is ok," Breanna says. "The individuals might be feel the need to show others or even their partners that everything is fine and their proof is in the overly affectionate behaviour."

While affection is extremely important in a relationship, it's up to each couple to determine their needs and expectations.

"I think it’s up to each couple to intuitively understand what works for them and be able to display this affection at appropriate times. If the affection feels over the top or fake, then it’s important to have conversations about what their limits are and what they feel comfortable with. If you are strengthening and building upon other factors of your relationship in addition to the affection then it is not a problem but when overt physical connection replaces other aspects of the relationship this may indicate something needs to be addressed."