Is Australia too reliant on antidepressants?

“Dismissing depression as merely a chemical imbalance makes it seem like it's just a glitch in the program; it paints our pain as meaningless.”

When Johann Hari was a teenager, he was in a terrible state of pain, but he didn't know what was wrong. It wasn't a broken bone or bruising so he was ashamed and embarrassed. Finally, he went to the doctor.

"I just had this pain leaking… bleeding out of me," Johann explained. "And then the doctor told me they knew why I was sick."

"He said it was a biological reason: 'Happiness is controlled by serotonin and some people just run a bit low'."

Johann was flooded with relief when he was diagnosed with depression and prescribed medication — he finally had an answer for his pain and, for the first few months, he felt way better.

"But then the pain came through again, so I went back to the doctor and he upped my dosage.

"And again, and again and again until I was taking the highest dosage."

"For years I thought depression was just in my head. At first because I thought I was being weak, that I just needed to 'man up', but then it was just 'in my head' because it was a chemical imbalance, out of my control."

Still depressed despite his 'chemical imbalance' supposedly being treated, Johann began to question the certain elements of his doctor's original treatment plan. He didn't necessarily think antidepressants were useless, but he wondered if there was more to depression than chemicals and drugs.

As someone who was took antidepressants for most of his adult life, Johann decided to explore the cause of depression and how different cultures deal with it for his latest book, Lost Connections.

"Why are rates rising if it's only the brain causing depression? Shouldn't it just be steady?"

More than 2.7 million Australians are taking antidepressants — a number which has more than doubled in the last century.

DOES LONELINESS RESULT IN DEPRESSION?

Johann travelled across the globe to question this widely-accepted belief in the Western world that depression is solely due to a chemical imbalance.

"The community that has the lowest rates of depression is actually the Amish," Johann revealed.

Although he wasn't suggesting a mass exodus to the simple life — being both openly gay and an atheist — he did notice something the community had we don't.

"Apart from no modern technology, like phones or social media, they had an incredible connection with each other," Johann recalled. "And that's important because depression and loneliness are intrinsically linked." 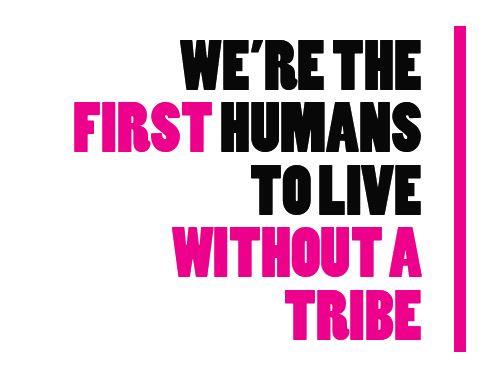 "In America, there's an ongoing study where they ask people, in an emergency, how many people could they call for help? When it started the average answer was five. Now it's zero."

"We all know our basic needs: shelter, food... but what about our psychological needs?" He asked. "When we belong, our life has meaning."

And loneliness isn't just painful in a meta, abstract sense — it can physically hurt.

"I talked to John Cacioppo, the lead expert on loneliness, and he explained when you're stressed you release a hormone called cortisol," Johann said.

"Tests done on lonely people showed loneliness releases the same amount of cortisol as being punched in the face."

DOES FINANCIAL STRESS CAUSE DEPRESSION?

We've all been stressed about money  at some point. When car rego hits, when you were waaaay too generous at the bar on Saturday night or when your shifts get cut but rent rudely stays the same price??? That means we also all know how stress can seep into our mental health and the way we interact with others.

A small city in Canada noticed this too, so between 1975 and 1979, the poorest residents were sent monthly cheques to supplement their income. Poverty was totally eradicated during those five years, but that wasn't all.

"The money was sent without any catches, there was nothing could do to lose it," Johann explained. The experiment was initially to see if the working poor would lose motivation were they given 'free money'. 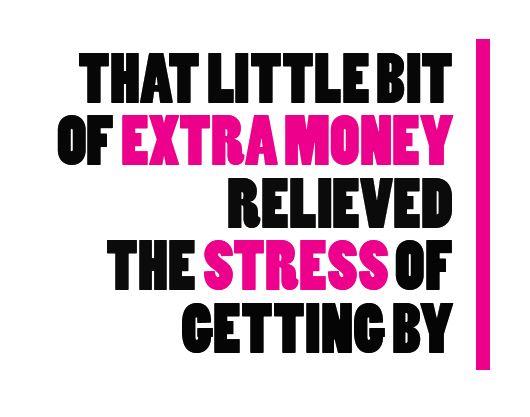 "No one stopped working. Without the crushing pressure of poverty, they did however have the option to turn down bad work," he added.

Suddenly, parents could spend more time with kids, adults could study and embark on careers instead of scrambling for any old job to pay rent and hospitalisations dropped dramatically, especially for mental health problems which Johann claims dropped nine per cent in three years. That little bit of extra money relieved the stress of getting by and the flow-on effect was immediate.

DOES A TRAUMATIC CHILDHOOD LEAD TO DEPRESSION?

Another reason Johann thinks it's irresponsible to dismiss depression as nothing but a chemical imbalance is the fact people who undergo traumatic experiences are far more likely to be depressed than those who don't.

Without treating the cause of someone's pain, expecting to cure depression with medication seems unrealistic.

Dr Felitti put her on a near-fasting diet and over a year, she shed a huge amount of that weight, but within a month she gained back 17kg — a feat that would require eating more than 4,000 excess calories daily. 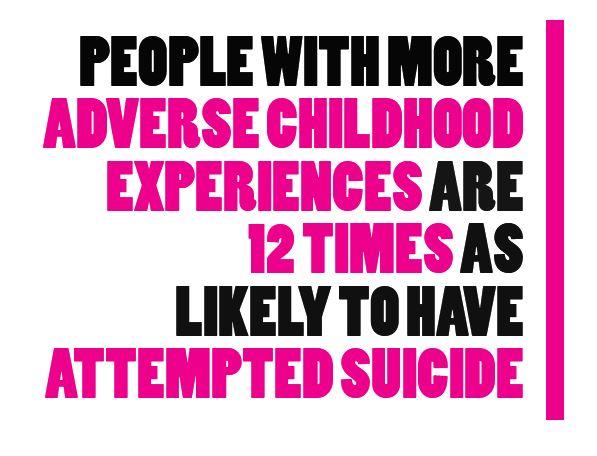 "When the doctor pushed, she admitted after losing weight an older, married man at work hit on her." Sure, it was an unnerving experience, but Dr Felitti thought eating to be a somewhat odd response.

"Then she revealed her grandfather began raping her when she was 10-years-old," Johann added.

Dr Felitti then interviewed more of his morbidly obese patients and discovered 55 per cent acknowledged some form of childhood sexual abuse. That's not to say sexual abuse automatically results in depression, but studies suggest those who experience childhood trauma are disproportionately affected by depression.

Devastatingly, with sexual assault there's often a pervasive and crushing sense of shame which is hugely detrimental to progress.

"Shame poisons you," Johann asserts. "We saw it with AIDS, the stigma and shame… it killed people."

In the 1970s, there was a revelation about depression so explosive, Johann claims it was swept under the carpet. For the first time, the American Psychology Association decided to standardise depression.

They invented a check list of depression symptoms, like feeling worthless or losing interest in things you used to enjoy, and if they last at least two weeks, doctors could diagnose an individual with depression.

"The problem with that was, as soon as doctors saw the checklist they said: 'This mean we'll diagnose every single grieving person that comes in here,'" Johann pointed out. "So they included a grief exception that meant if someone had died in the last year, the symptoms didn't equal depression." 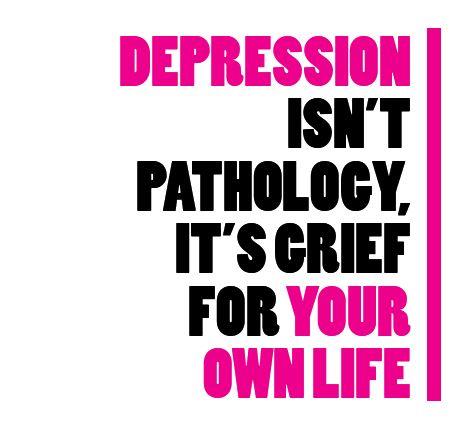 Of course, there's a distinction between metaphorical grief for your own life and grief for a recent passed loved one, but should we question why one can be fixed with drugs and another can't?

WITHOUT DRUGS, HOW DOES JOHANN COMBAT DEPRESSION?

After realising how dependent we are on meaningful connections, Johann has shifted his focus to others.

"I'm also more focussed on helping others more than myself, as well as changing my values — shifting how much I care about things like how I look."

Johann is also working to release the shame he has over his childhood trauma, a long process.

"Another big step I've taken is not using social media for half the year — just logging off completely."

Of course, those things might work for Johann but it's definitely not for everyone.

"My sister is a single mother and if I told her to do any of that, she'd quickly tell me to fuck off," he laughed.

SO SHOULD WE TAKE ANTIDEPRESSANTS AT ALL?

"Each case is very different and needs to be treated accordingly, there is certainly no 'one size fits all' when it comes to the right treatment," she told Cosmo.

"For people who suffer from severe depression or long lasting depression, medication in the form of an antidepressant is needed to make patients more able to participate in talking therapy. Without the medication, the client might not have the cognitive ability to work on the root cause of their depression.

"This can often be due to the chemical imbalances in their brains that can be present whilst they are suffering from depression."

Johann explores a myriad of reasons as to why people might be suffering depression, but Breanna emphasises the importance of ensuring the patient is stable before being able to tackle the larger issues at hand.

"Once the patient is feeling more stable, then they are in a better position to work on the causes of their depression and implement other techniques that don't involve medication to improve their functioning in their day to day lives."

Both Johann and Breanna stress someone suffering depression should by no means stop taking their medication abruptly or without seeking professional advice.

"A patient should never change their medication without guidance from their treating doctor as there are several potential side effects from doing so," Breanna explained to Cosmo.

"It is certainly extremely important to discuss causes, triggers and get to the root of the issue. However, this can be difficult to do when in the midst of a depressive episode.

"Medication, when used properly as directed, is a valid form of treatment for people suffering from depression."

Johann agreed, saying: "I'm not attacking antidepressants, they take the edge off of the pain for some people, but I think we need a more holistic approach to curing it.

"Dismissing depression as merely a chemical imbalance makes it seem like it's just a glitch in the program; it paints our pain as meaningless."

Just like we've seen drastic transformations to our treatment of gay people as well as huge advances in feminism and civil rights, Johann thinks we need a societal shift in the way we perceive mental illness.