Uncontrollable rage, self-harm, and violent relationships – Jodi’s story of what it’s like to live with Borderline Personality Disorder. 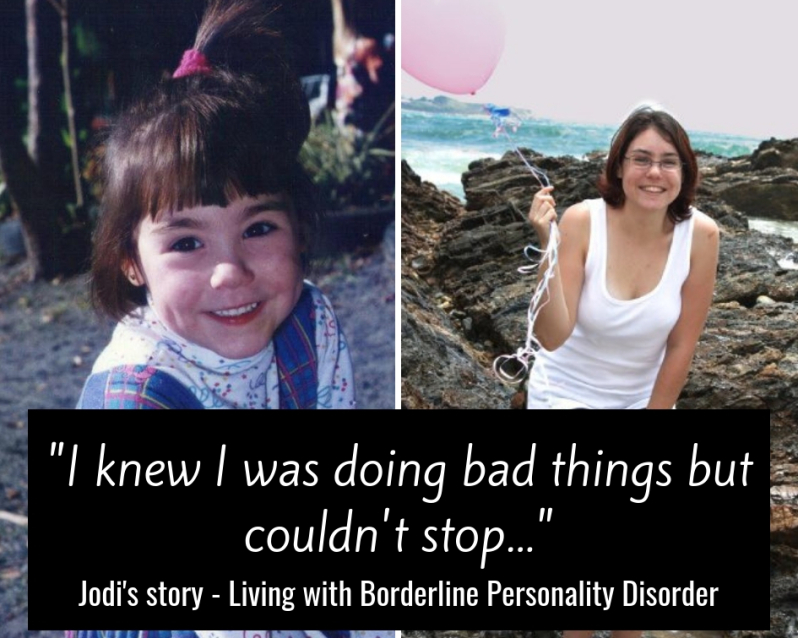 It’s 10am and Jodi hasn’t slept since the day before. She’s exhausted, and yet she’s already smashed out a 6.30am gym session.

For most of us, the thought of exercising after being awake all night is probably akin to a form of torture, but for Jodi, it’s a routine that she desperately needs; a lifeline that keeps her from succumbing to constant suicidal thoughts and feelings of worthlessness.

“Every time I know I’m going to make a decision that’s harmful, I go to the gym. I can never stop and relax,” she shares. “Sometimes I’ll go to the gym and train for five hours a day — because it’s either that, or sit there and self-harm.”

Jodi is one of 1-4% of the population who suffer from Borderline Personality Disorder (BPD), a serious, yet often misunderstood mental illness (SANE). Characterised by serious difficulties surrounding regulation of mood, emotions, and impulses, symptoms often include feelings of worthlessness, paranoia, self-harm, extreme outbursts of anger and fear of abandonment.

“What people don’t realise is that people with BPD can switch moods multiple times a day,” explains the 29 year old from NSW. “Some days are quiet, and some days BPD lets me function. Some days I’m rampant and angry, and you look at me and [I look like] I’m going to bash someone.”

“The best way I can describe it, is if you feel happy, imagine that feeling multiplied by 50; and when you feel sad, the only way out you can see is self harm. It’s so intense that you don’t feel like you can breathe or make it through the next 30 seconds.” 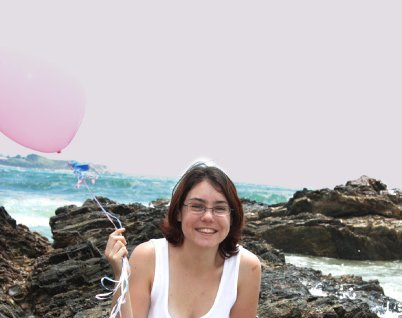 Like many who suffer from BPD, Jodi experienced trauma and neglect very early in her childhood. Taken into foster care when she was only a few months old, little Jodi was an abused and malnourished baby covered in bruises, cigarette burns, and pressure sores from being constantly left to cry herself to sleep. She says she was ‘the least worst’ out of her and her two sisters, and was ‘lucky to get out of that situation alive’.

“We were called ‘Cabbage Patch babies,’ because we were so tiny we had to wear Cabbage Patch doll clothes,” she shared.

Although the exact cause of Borderline Personality Disorder is not known, several studies have asserted that early childhood trauma could play a key role in how severely a person experiences the symptoms of BPD. For example, a 2009 study of 500 children who had suffered neglect, as well as physical and sexual abuse (paired with 396 matched controls) found that ‘significantly more abused/neglected children met criteria for BPD in adulthood in comparison to controls’ (Widom CS, Czaja SJ and Paris J, via NCBI). 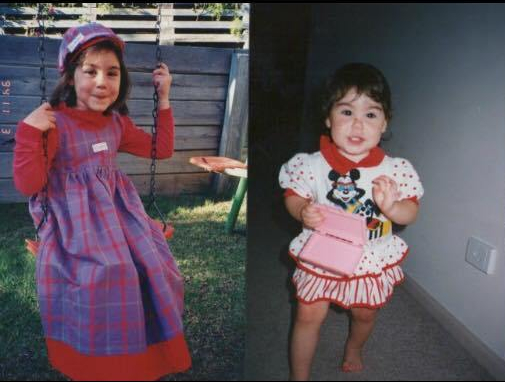 According to psychologist Elyse McNeil from the online health platform Lysn (which offers secure online calls with qualified psychologists), while childhood trauma ‘is not a necessary precondition for the development of BPD,’ it is undeniable that ‘the occurrence of trauma, and the severity of the trauma, do have a bearing on the development of psychological disorders such as BPD.’

“Trauma puts significant strain on the still-developing coping mechanisms of the child, who is required to find any means possible of managing such a destructive experience,” she explained. “As such, traumatic experiences often lead children to have significant difficulty emotionally regulating, and displays of impulsive behaviour are not uncommon — both of which are key symptoms of BPD.”

“Disrupted early attachment to parents and emotional invalidation are also common in the childhoods of those diagnosed with BPD, and similarly, are frequent consequences of trauma.”

With Jodi experiencing such trauma and neglect within the first few months of her life, she says she is unsurprised by the development of her illness, as well as her difficulties in connecting with her foster family. 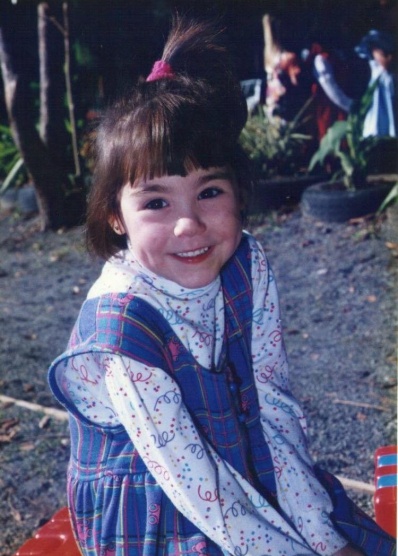 “As a baby, if you know you’re never going to be answered, you stop crying [and learn to rely on yourself]” – Jodi.

“Because my biological mother had rejected me, it took me a long time to accept my foster mum. t wasn’t until rehab that I learnt that the problem wasn’t that my mum didn’t love me — I just didn’t want to be loved. Only in the last two years [have I really accepted her].”

Likewise, friendships have also been a struggle for Jodi. “I couldn’t connect with others, I’d just get angry and rage,” she says of her childhood. “For hours each day, I’d sit in my room endlessly cutting paper. I didn’t want to do anything a normal child would want to do. I just wanted to be alone.”

Statistically, BPD is diagnosed at higher levels amongst women and often appears during late adolescence to early adulthood (SANE, 2018). For Jodi, however, the symptoms started at just 11 years of age. This early onset, combined with common misunderstandings surrounding effective diagnosis, meant that it would be eight years before she received professional medical support.

While Jodi admits she was often selfish and regularly lashed out in rage due to her extreme mood fluctuations, as a child, she had no way of understanding what was happening inside her mind.

“I knew I was doing and saying bad things, but couldn’t stop them,” she explained. “One time I got to school and there was a substitute teacher in my classroom…I couldn’t handle [the change in routine]. I flipped a table, swore at her, and walked out.” 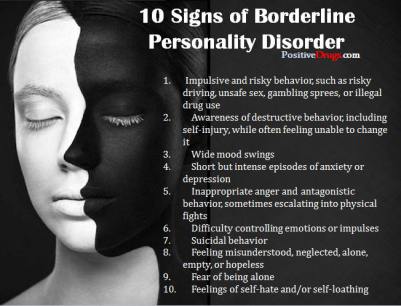 As a result of her unstable moods, Jodi was sent to live with her grandmother at age 13 ‘for the safety of her other siblings,’ and says it was around this time that she began self-harming and struggling with eating disorders. The knowledge that she couldn’t stay with her family, combined with ongoing bullying at school, only exacerbated her fears about being an inherently bad person.

“I’d tell myself, ‘I’m the reason for my Mum’s breakdown, I’m the reason my Grandad’s yelling at my Grandma, I’m the reason something got broken in the house,’ she admits. “The reason I self-harmed was to feel, because sometimes you get so numb you can’t feel anything.”

Eventually, Jodi’s mental health spiralled so far downward that she was admitted as a hospital inpatient. She was just 19, and would remain a regular patient until her mid-20s — sometimes staying in rehabilitation twice a month. During this time she made several serious suicide attempts, and says she has had ‘at least 20 — 30 non-serious attempts’.

Understandably, the highly impulsive and emotionally dysregulated underpinnings of the disorder often lead to incredible difficulty with maintaining and developing relationships. Opening up about her own experiences, Jodi says she often chose ‘abusive, insecure and jealous’ partners as a young adult. Tragically, this lead to her being sexually assaulted by one partner when she was just 20.

“I was messed up; doing drugs, in a gang, having one-night stands. I felt so worthless…” 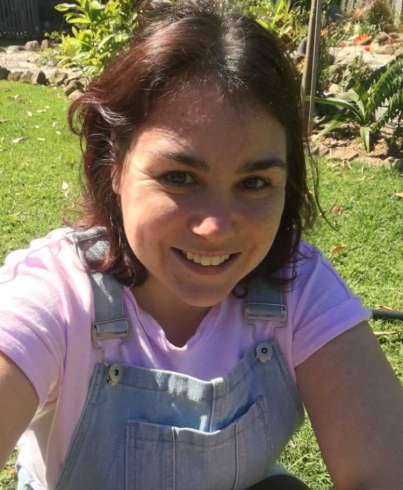 “I was always letting guys just use me for sex; I’d just lie there like a dead animal. I didn’t believe I deserved love or respect. I couldn’t keep a relationship going…Four months was probably the longest relationship I’d been in.”

For Jodi, the turning point came around two years ago when she finally found a supportive doctor (who diagnosed her with BPD, Genuine Anxiety Disorder and Asperger’s) along with the right combination of medications. Although each day is a struggle, Jodi is now ‘doing a lot better’ with recognising negative moods or thoughts quickly, as well as being kind to herself. She has also found a loving and supportive partner, who she has been in a stable relationship since the beginning of this year.

“It’s just so different to any of my other relationships,” she says. “We never fight. He’s the only guy who has ever come to visit me while in hospital; the only guy who hasn’t run away. Some days I’ll text him and say, ‘I’m so sorry babe, but I can’t see you this week, I’m just so drained — and he’ll tell me, ‘That’s completely okay, you just look after you, I’m always here for you.’”

Unlike many other mental health conditions, BPD still remains largely misunderstood by the general public, and can often be difficult for doctors to diagnose in a timely fashion. Lysn’s Ms. McNeil says there are a variety of reasons for this, including ‘significant stigma within the health system’, as well as the fact that many of the symptoms are ‘commonly attributed to other disorders, such as anxiety, depression, and bipolar disorders.’

When it comes to supporting a loved one who suffers from BPD, Ms. McNeil says continued education, combined with a commitment to deeply understanding what a loved one is experiencing, can go a long way to healing relationships. She also recommends seeking out psychological support, to assist with ‘better understanding the person you love with BPD, and to really signal that you care deeply and are there for them.’ 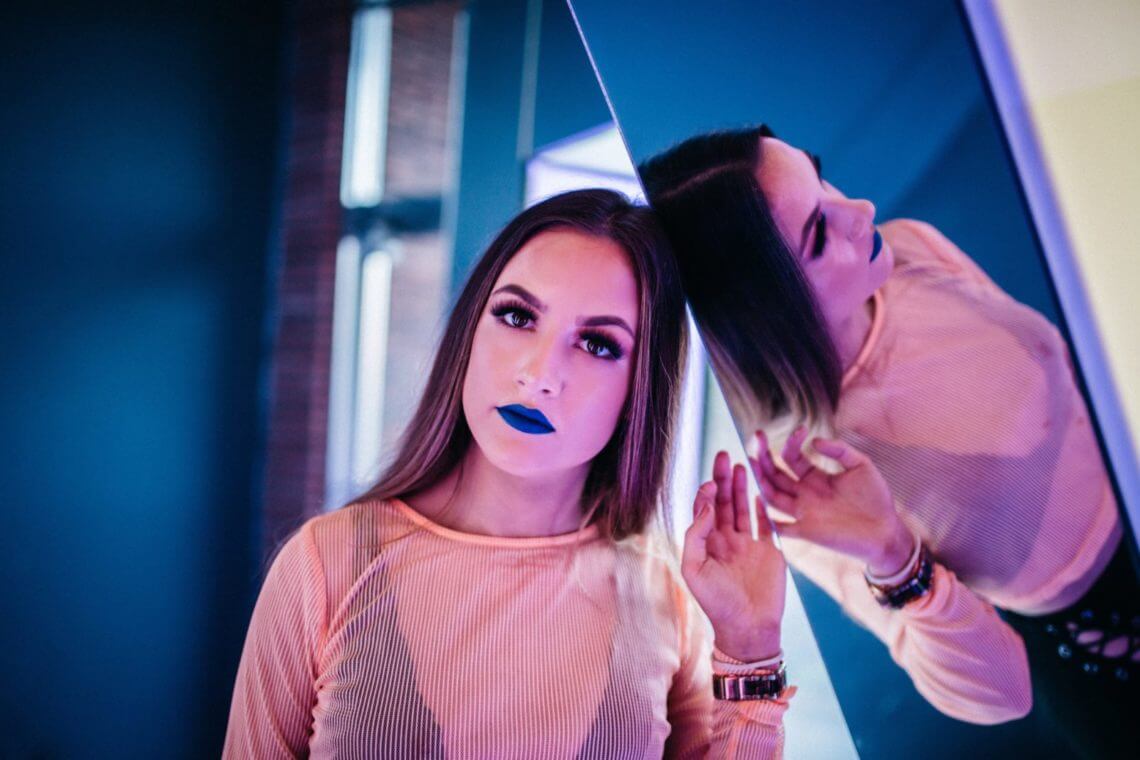 As for Jodi, the fitness enthusiast is now passionate about using her voice to speak out about the illness and help others.

“In the last 6 months I’ve fought to love myself, and since then so much has lifted and changed. Now that I’m on the other side, I just really want to help others.

“I have amazing women and friends at my local gym…They know that if I walk in the doors with my headphones in and I’m not looking at anyone — or if I park badly,” she laughs — then it’s better not to speak to me.”

“I still have good and bad days, but it’s manageable now. Some days I’ll look at my body and feel hatred, but [in my head] I know that I’m still going to treat my body with love and respect [despite those feelings].”

Despite misconceptions, BPD is very treatable. Along with regular medication and therapy, Jodi has found that intense exercise, and the use of sensory objects, including ‘aromatherapy oils, bubbles, slime, stress balls, hand creams, and self-help books’ make a huge difference.

“One day I’d like to write a book,” she says, with a flicker of hopeful optimism. “I want to inspire people to know that others have been through the same thing, and to help give them tools to help with healthy living and taking care of their mental health.”

“They’re not alone, and they can make it through.”