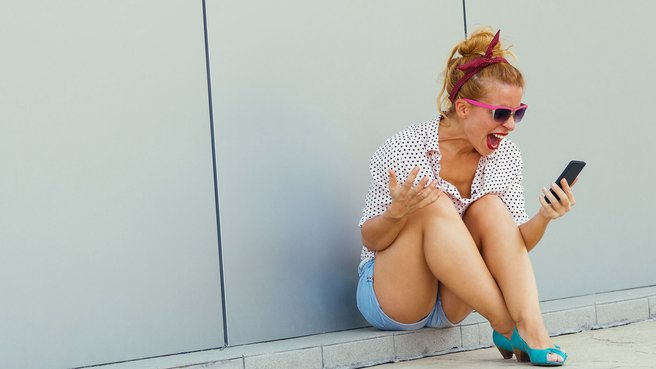 If you really want to feel bad about yourself, that is...

Is this everything that is wrong with the world?

This week, dating site BeautifulPeople.com will tell their failed applicants exactly why they were rejected.

You may remember this site -- it's an upmarket dating service, where basically you send in a photo and if you're deemed attractive enough you're able to become a member and date other attractive sorts. Existing members of the opposite sex vote the applicant in or out over a 48-hour period and only about 1 in 8 hopefuls are accepted.

The "failed applicants" are those who have tried to get on the site but were rejected by other members for not being attractive enough.

The majority of successful applicants to the 850,000 strong site come from Norway, Denmark, the USA, Sweden and Australia. The UK and Ireland are among the least successful countries, with British, Irish and Russian men proving to be the least attractive in the world.

Now, in a twist we just don't know how to process, the site says it has begun a new service, and will provide a "detailed feedback" report to its rejects, direct from plastic surgeons, and connect them with beauty professionals in their area including plastic surgeons, personal trainers, and beauty experts.

They add that this feedback from plastic surgeons, and beauty consultants will help applicants "learn to improve their looks". 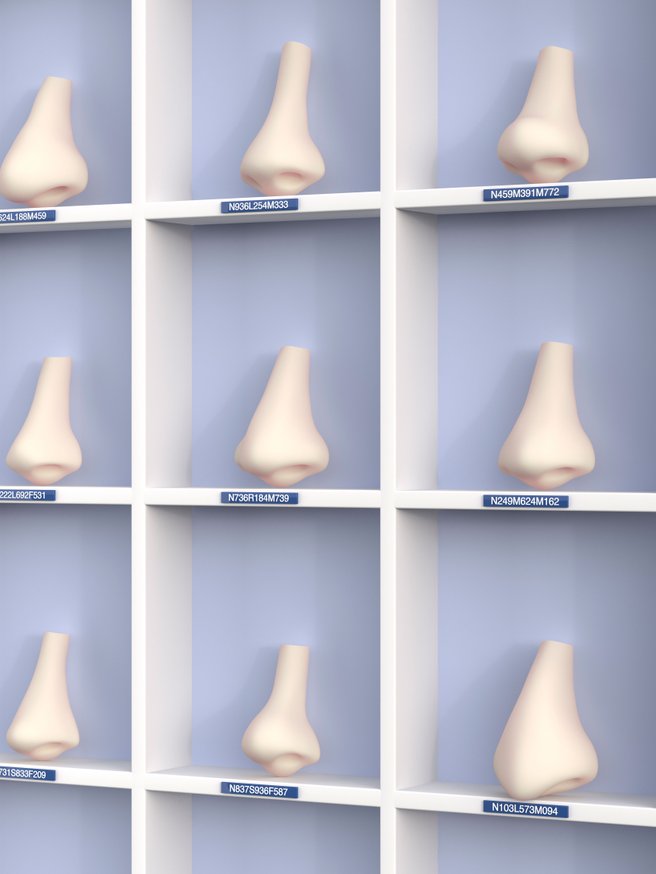 And we're not sure what to think or feel, but  -- wtf? We're pretty sure it could be pretty damaging.

Lysn psychologist Breanna Jayne Sada agrees, and told ten daily that she saw  -- well -- quite a lot of red flags with this.

"Anything or anyone who judges someone solely on their appearance or a few photos is bound to be disappointed. So a dating site for only good looking people is quite a questionable concept in itself, but offering surgery suggestions and tips about increasing your attractiveness is taking this to a dangerous level, even in this very beauty driven world we live in."

Greg Hodge, who is the Managing Director of the site, told ten daily that he saw the feedback as something worthwhile.

I see the feedback as largely positive. Admittedly it can be hard to get unvarnished feedback on your appearance, but the feedback is constructive, and I believe helpful."

The site will tell failed applicants exactly what is wrong with their photo. They can get some general feedback from a beauty consultant or more detailed feedback from a plastic surgeon. It will include suggestions on how "rejects" (their words not ours) can improve their looks "both cosmetically and, in some cases, surgically."

Are you as depressed as we are?

Breanna is.  "After putting yourself in such a vulnerable position and opening your heart and mind to love, such harsh and negative feedback could definitely put users at risk" she warned. "This could have an extreme psychological impact on a person by not only affecting their self esteem, but by pointing out what others see as flaws, things they might not have even been aware of or previously self conscious about and creating what’s likely an unattainable standard of beauty for most people."

She goes on to say that the psychological cruelty of pointing out flaws in this way could lead to a range of problems for someone -- such as anxiety, finding it difficult to eat or sleep, self-harm, eating disorders and more.

"I find it interesting," Hodge told ten daily, "that commenting on people’s appearance has become so taboo. We derive so many of our first impressions based on how people look. Being able to receive critical, truthful advice from plastic surgeons and image professionals is positive, especially if it leads to a healthier lifestyle or to failed applicants creating a better more positive version of themselves."

To prove his point, Hodge took the opportunity to go through the process himself -- sending his own photo in to get on the site, and getting rejected. He then requested feedback from the "experts". See below. 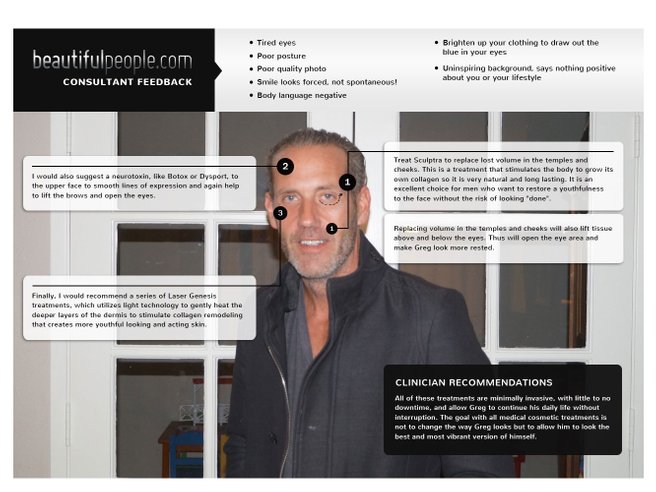 "I sent my rejected photo to a respected plastic surgery clinician in Beverly Hills and asked her to give me blunt feedback," he said in a press release. "What I learned got me looking at myself in a completely new way. Constructive criticism can be a bitter pill to swallow but it did me the world of good, it got me voted back onto my site. It gave me the idea to give the same ‘ugly truth’ to failed applicants.”

He tells ten daily, "We have had thousands of failed applicants request feedback and are now actively recruiting more plastic surgeons to deal with the demand."

One such surgeon is Linda Li, MD (a famous Beverley Hills surgeon, she was on Dr 90210) who is overseeing feedback to applicants for a fee of $45US and promises to offer suggestions on how applicants can improve their look.

Thanks, Linda. But no thanks Linda.